Santa Barbara-based painter Patricia Chidlaw recently grabbed our attention with her vivid depictions of California landscapes. Her work includes evocative images of downtown bridges and rail yards along the Los Angeles River and desertscapes of the Mojave and Owens Lake - all areas of great interest to High & Dry.

On closer inspection, I made an uncanny discovery. In 2010-11, Ms Chidlaw and I were capturing the same scenes - perhaps within days or hours - from virtually the same angles. And while her realist paintings bare a striking resemblance to photographs, my pinhole exposures might easily be mistaken for watercolors. 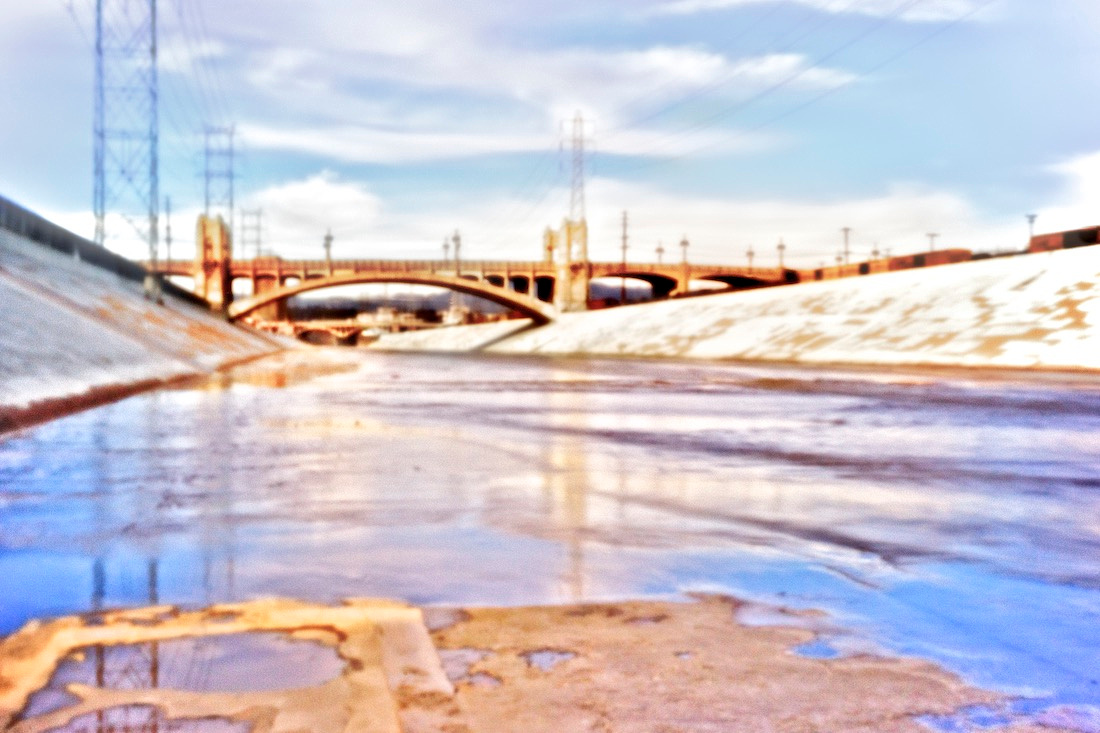 I reached out to Ms Chidlaw via email to find out why we were haunting the same sites. Turns out one reason is that a location scout friend brought her to these two, somewhat difficult to access areas near downtown Los Angeles. I was not surprised since I discovered these vantage points working as a scout, returning later to explore them on my own time.

For a more nuanced conversation about our approaches to landscape interpretation, we've decided to meet and discuss the similarities/differences between rendering a scene on canvas vs film (digital sensor sounds so much less romantic!) We may also explore the reasons we are drawn to similar subjects and compositions.

In the meantime, we heartily encourage you to explore Ms Chidlaw's exceptional work, currently on exhibition at the Nevada Museum of Art, and on her website: patriciachidlaw.com