THE MANY LIVES OF WHITTAKER-BERMITE 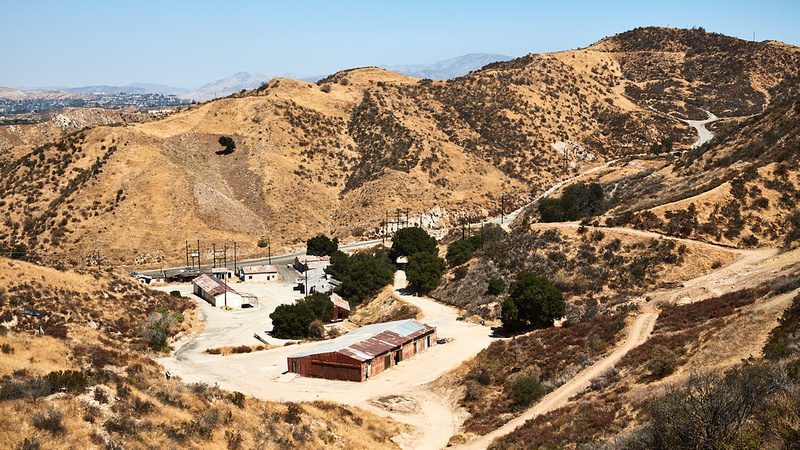 In the sultry heat and dusty surroundings of this southern California industrial site, the desert landscape wears its ravaged face for all to see. It is a countenance scarred, wrinkled, marred by blackheads of refuse, industrial detritus, and debris. Yet there is something intrepid, even aesthetic below the well-worn surface of dry grass once verdant from last year’s winter rains.

Exhaustive landscapes have lives, history, and stories to be read. This scarred landscape especially has had many lives, which help guests understand better the condition of our world now. These histories can be read with acute observation and practice. 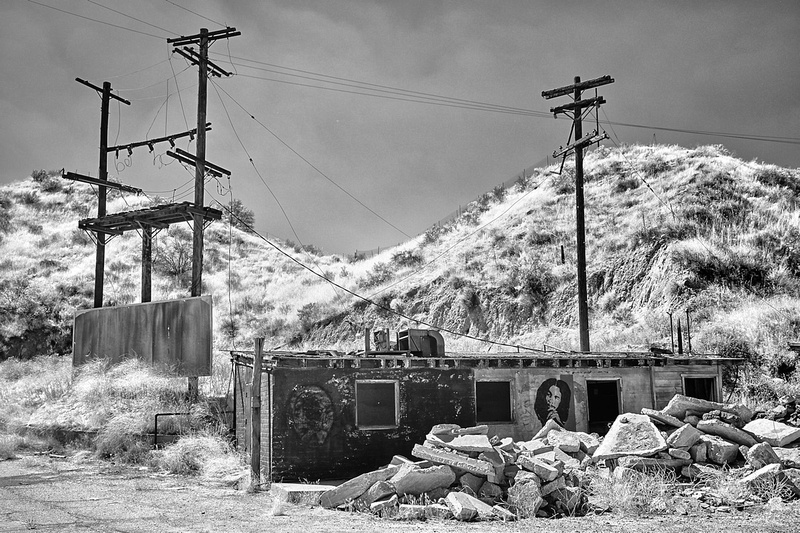 Groupings of buildings have the look of a dream-like, faded foreign land. It has an exotic mask of faded pastel signs and plaster reminiscent of a Spanish village or depression era services. In other locations, adobe walls resemble a terrorist ruin outside Jerusalem. A warehouse is rife with bullet holes pierced by narrow shafts of afternoon sunlight. In this harsh disturbed landscape, there is a professed sense of an invented Hollywood patina. Is this the abandoned ruins of the Bermite Powder Company or a recently abandoned movie set?

Various work trucks, tankers, and flatbeds move along in a perfunctory manner on the winding dirt roads that connect deserted manufacturing sites across the rolling hills. Someone likens these serpentine canyon walls on almost one thousand acres of California hillsides to a “donut,” a hole around which the modern city of Santa Clarita exists demonstrating how powerfully a landscape’s look inspires human metaphor. Scattered mosaic-like grids of cells are positioned in at least three different locations. Guide Deven Chierighino explains this is where the soil is cleaned. Having spent decades working here, he is to the point of becoming totally bonded with this slowly changing scene. The site is contaminated with perchlorates. But instead of a rejected area left to fester, something entirely different is going on. The quandary of another poisoned landscape is now injected by human ingenuity of hope and the possibility of redemption.

Here the land reveals a varied history lived hard. An altered landscape, exhibiting one distinct visage on top of another, gives proof that there are land lives that still show through history. This is the Whittaker-Bermite in Santa Clarita, California; a decommissioned site of munitions testing, bomb building, perchlorate dumping and now serious, deep, and effective detoxification. These hills of Soledad Canyon ache from overuse and varied human destruction. Now they wait for a clarion call to arms that give both import and promise to the severely trashed area.

Once geological forces lifted up hills. Once indigenous people lived off the dry land. Once Missionaries – destroyers of populations and cultures in the name of God – were here. Then came a world-class pugilist, fireworks, and munitions to feed a hungry war machine.

When one stops, looks, and meditates on what truths are really here, layers of human habitation, land use, misuse, and human exploitation are discerned. These are the “lives” of a particular landscape. How did something once so proud and natural become so damaged and in need of fixing?

The San Gabriel Basement Complex dates to 1.7 billion years. Sedimentary rock from 30 million years ago to a mere 1.8 million years lay down a foundation. But it is the last 5 million years that formed the first face of the land even though no human was here to see it.

From that period the region was under an ancient sea, filled with life but now fossilized in the rock like notes to help us remember. Starting 50 million years ago mountains push up as the sea retreats. These great blocks of rock are pressured from the earth movement along the San Gabriel fault system, an offshoot of the infamous San Andreas Fault, fifteen miles to the north. It is still alive, stretching then compacting, waiting its turn. In the last couple of million years, the mountains in places reach up 5000 feet and shape a ring. This face is stone, seldom smiling or grimacing, just a geological snap of the fingers in its existence. 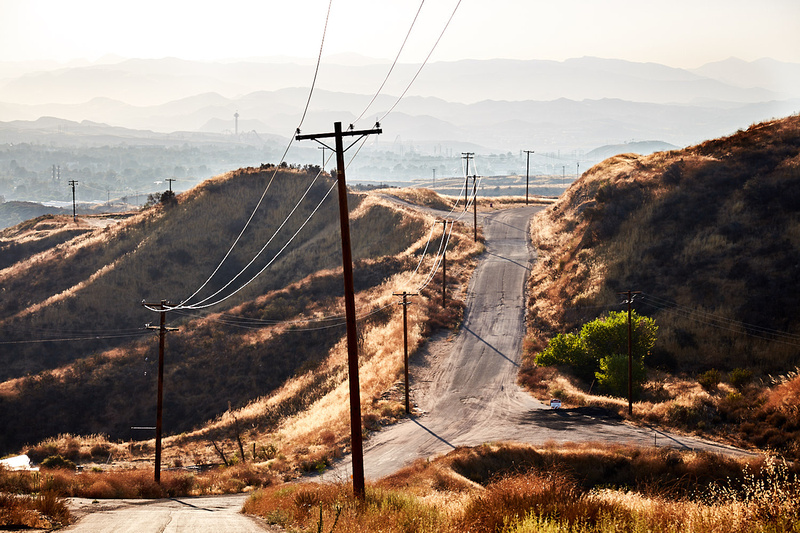 Then human faces appear and are mirrored in the land’s second serious countenance. A small group of Shoshone-speaking Indians comes into the area, driven there by Chumash insistence. According to Paul Higgins, Environmental Educator in Old Town Newhall Gazette, January- February 1996, the Kitanemuk are already here and call them the Tataviam for “people facing the sun,” or “people of the south-facing slope.

”A dark skinned man steps from the shadows and begins harvesting and collecting food. His muscles glisten in the sun that shines down today as he cuts into the hearts of the young shoots of Hesperoyucca whippeli. This desert plant has many soubriquets including “chaparral yucca,” “our lord’s candle,” or “Spanish bayonet.” These people are enigmatic today, for little of their culture and language survive beyond their encounter with Spanish Catholicism. The man and his son hunt or gather deer meat, rabbits, squirrels, birds, lizards, snakes, grasshoppers, caterpillars, acorns, yuccas, toyonberries, chia seeds, and buckwheat. Life is good and they live peacefully. 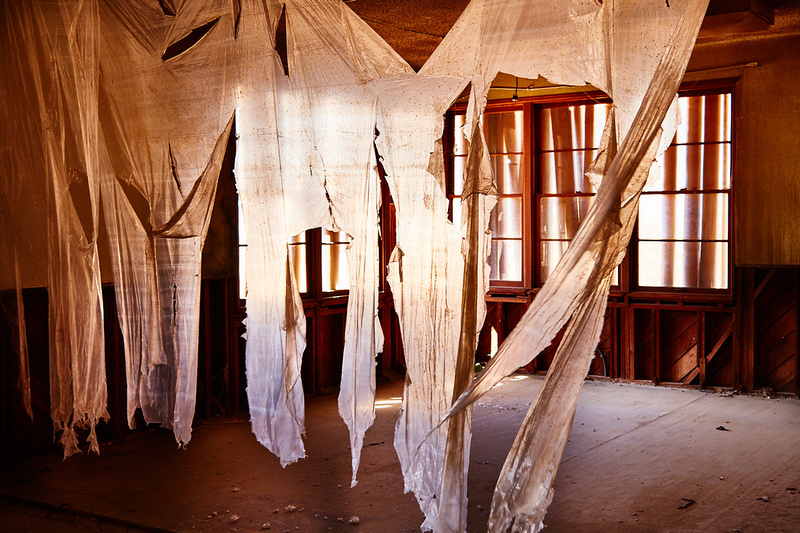 This man and his children and their mother realize their way of life is now ending, and they find a cave high up above Chiquita Canyon landfill. With the villagers help, they bring a time capsule of their very best: woven baskets, axe heads, obsidian knife blades, crystals, deer bone whistles, headdresses and capes made from iridescent condor and flicker feathers and ceremonial scepters. They want their life and culture to be remembered.

According to John R. Johnson and David D Earle in “Tataviam Geography and Ethnohistory” published in Journal of California and Great Basin Anthropology, Vol. 12, No.2 (1990), these people lived with the landscape, which remained rich with food and natural materials. They built lodging with a cone-shaped framework of willow poles, covered with grass or brush all tied in place. From contact with Francisco Garces in 1769 to being taken to Mission San Fernando Rey de Espanza (1799) to being “saved” through baptism, ready to work for these priests and devout believers, the Tataviam population is decimated by disease and loss of identity.

The anthropologists perhaps writing outside their discipline remark that there had been no bad spirits before white contact, no concept of hell or the devil. The Tataviam did not change the land but adapted themselves to it. Then a conquering culture changed all that. But as also with landscape faces, nothing lasts for too long. Found by McCoy Pyle on May 2, 1884, the Tataviam “time capsule” is sold to Stephen Bower who breaks up the collection of cultural artifacts. He markets the items piecemeal across the world. It is now lost, like the culture the collection reflected. 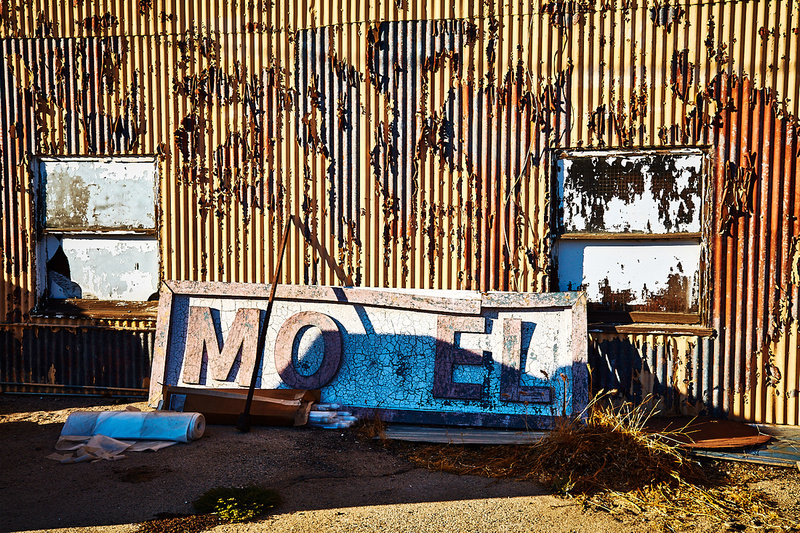 The indigenous face of the land is soon gone, and the Spanish missionaries remain until the 1830s when the missions are disbanded. Yet, except around these missions, the face of the land is only very mildly altered. Even the Tataviam’s twenty villages left little evidence they ever existed. The last full-blooded Tataviam, Juan Jose Fistero, died on June 30, 1921.

Today the entrance to Whittaker Bermite is through a one-lane cement conduit over which trains run regularly. When you pull in, there is an area that the signage says is not for location or film crew parking. In the late 1980s after the plant was decommissioned, many of the buildings were torn down.

It would make a great movie studio location because there are now few open parcels of land so perfectly situated for southern California’s film industry within “The Zone,” a forty-mile circle drawn around Downtown L.A. There are also constructed remains from the HBO series Carnivale that worked here. The struggling traveling carnival masquerades as a religious revival at one point. The fictional company struggles against depression era economics and the environmental disaster of a “black blizzard,” a monumental dust storm. It is art resembling life. It is not dissimilar to what could have happened here at Whittaker Bermite without human intervention.

Things are changing, and out of the environmental cleanup can come a whole new life for this landscape. Still, the issue of perchlorate hovers like a dark cloud. Can this poisonous curse brought by human industry be finally lifted? Stay tuned. 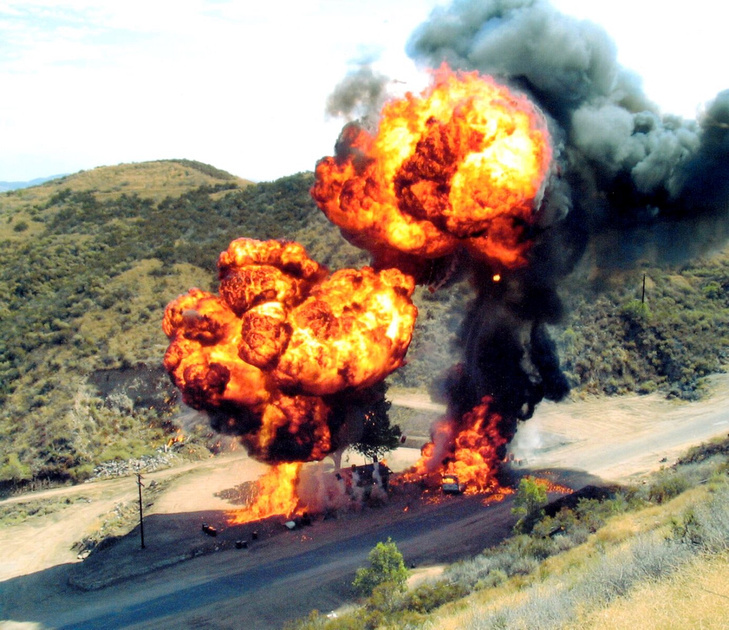 NOTE: The Whittaker-Bermite site is privately owned and NOT open to the public. The property can be rented for motion picture production: [email protected]